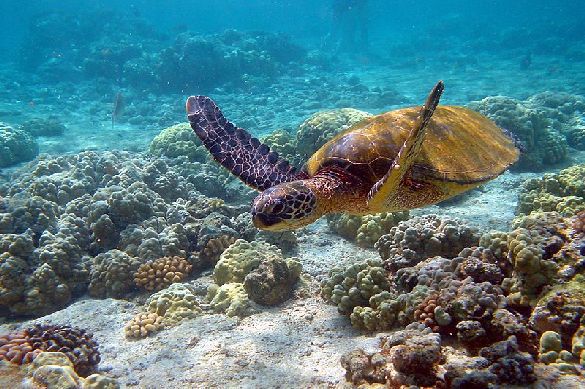 The need for a new approach from Governments, from the Media, from the medical profession. The need to adapt to a new era of multiple virus events

The appearance of the new virus called Covid-19 is not by chance, nor will it be the last. As we speak, another monster with all the characteristics to make a species jump from pigs to humans has been reported in China, this time around not a coronavirus but an Influenza - with HN (Hemagglutinin and Neuraminidase) sequences. The bottom line is, and we have to accept this, while we are destroying habitat which acts as reservoirs for viruses and bacteria and funghi, we are going to experience these problems.

Point One: We are going against the laws of Nature. Payback time 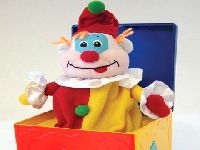 The bottom line is that the more you press against Nature, the tighter the spring coils and eventually there comes a time when the spring will jump up like a Jack-in-the-box. The human being was not supposed to consume massive quantities of meat as we do today. The human being is a hunter-gatherer with the capacity to digest and store the minerals and vitamins from the occasional kill (which in pre-civilization times was extremely rare. Men used to set off on hunting expeditions and usually came back months later, empty-handed, many times delaying their return because they were embarrassed).

Animals were made to roam freely in forests (pigs) and on plains (cattle). Or in forests and plains (birds). They were supposed to eat natural products and they were supposed to take their time to develop. They were not made to be kept in cages, force-fed their own excrement along with chemicals to make them grow in record times. So if we go against the laws of nature from a myriad of angles, what do we expect?

Point 2: Covid and the globalization project

Globalization has come in many waves over the years as peoples mingled or exterminated each other or travelled far and wide. Mass migrations, settlements along rivers and fluvial transportation formed the first trading routes, widened by sea navigation. The Romans traded with India and China to the East and knew that the Americas existed to the West. In his book Germanicus, the Roman writer Publius Cornelius Tacitus mentions "The great continents that lie to the west (of the British Isles)". It is certain that the Vikings reached the Americas before Christopher Columbus tricked the Spanish to invest everything in Hispaniola while his Portuguese paymasters (?) reaped the benefits and gave themselves Brazil before it was officially discovered (gold from the mines of Minas Gerais and silver from the Colony of Sacramento, now Uruguay). In so doing the Portuguese also gave themselves the entire coastline around Africa from Ceuta, down western Africa to the Cape, up the eastern side of the continent, around the Arabian, Persian and Indian peninsulars and up as far as the Far East, the 3,000 Portuguese fortresses along these coats bearing witness to this.

The navigators of Portugal and Spain, later England and the Netherlands, and France, opened up the four corners of the planet to colonization and trade and the globalization project gradually took hold as people ventured from their villages to the cities as a first phase and then overseas. Trading links were forged over the centirues and more recently, global trading agreements have consecrated what was inevitable.

But globalization cannot co-exist in a fear-mongering environment which surrounds global pandemics. Trading links collapse, the need to support the national product arises. How many supermarket chains have jumped on the bandwagon during the Covid pandemic, claiming that they support good, fresh, local produce to help "our heroic farmers"?

In a fear-mongering environment fed by false data, the globalization project creaks and groans like a beleaguered ship being tossed about in a storm. With a pipeline of new viruses waiting to pounce, the media campaign to whip up hysteria to create sales of copies finds new winds to billow its sails and this campaign is a death-knell to globalized chains of commerce. The word "lockdown" says it all. People do not even want to trade with the next town let alone country or continent.

With the manipulation of data by mayors of cities for political purposes or by countries for commercial purposes to gain tourism routes and get others blocked, the question becomes more complicated. If information is not totally transparent, it is dangerous because it creates false scenarios which are damaging to the economy and to lives.

It is far easier to create positive vibes in the Media and to push your own agenda when  manipulating the facts. It is also far easier to spread gloom and doom, panic stories to up the hype and pull the embers under your sardine.

Let us take the reporting of Covid cases as an example. To start with, are we speaking about confirmed cases, say 40,000 or suspected cases, which would be 400,000? Are we talking about data from hospitals, doctors' surgeries and care homes or information from the community which may reveal several hundred or thousand more cases? Did the lady who died from a heart attack or stroke have the reason for her death on her death certificate registered as heart attack, or stroke, or Covid, which can create coagulation of the blood and cause clots to create heart attacks or strokes? Is there a uniformity of information and reporting? No, there is not.

It is vital to have a universal system of data collection and projection to fully understand the virus in medical terms and so formulate reliable healthcare policy. It is also vital for economic reasons. Let us take the case of countries X, Yand Z.

Country Y presented alaming statistics from the beginning. Country X, lying to the west of country Y, could see what was coming and because it did not have such huge divisions among regional, quasi-state based healthcare authorities, it was able to plan and because its people as a rule show a high dregree of common sense, was able to drastically reduce the number of deaths and cases in intensive care. People gave it the "wow" treatment. Country Z (lying further to the East) right from the beginning, and with a history of manipulation of data seeing it relegated to economic "clown" status by Northern Europe, showed an abnormally low mortality rate from Covid.

Suddenly, within days of the tourism season growing, country Z says that country X is dangerous, country Y suddenly shows zero cases of Covid because it has ceased testing and country X, the hero, has seen a slight spike in cases among working-class areas of its capital city among people who live in cramped housing conditions and have to use public transportation. Other countries are opening up their tour operators to countries Y and Z and are freezing out country X, saying that passengers who return from there must enter a period of quarantine but not those from Y and Z.

If all the data was gathered and presented equally, country X would receive all the tourists from the region in safety. Given the current situation, it is highly likely to experience an alarming collapse and see 20% of its GDP vanish this year.

Everyone is talking about vaccines and the race is on to produce the first and make a mint. Sorry to snort in derision but a vaccine is like putting out fires in a fifteenth-century wooden mansion, housing sixty fireplaces and with each room stacked with tinder-dry firewood. Viruses mutate. And about Covid-19 we know very little. We don't even know whether it originated in Wuhan.

What the scientific community needs to do is to concentrate on a new approach, finding a protocol which targets multiple viruses, not just one, creating a coating around the virus so that it cannot find a receptor cell to use in its multiplication process. So it enters the system, wanders around and eventually gets eliminated before it can do any damage. This is the philisophy of the latest AIDS treatments.

Again, without correct information and with a lackdaisical approach shown by some Presidents (Brazil and the USA in particular) and Prime Ministers (that Johnson person in the UK found out the hard way and almost died), populations will grab at straws to explain their idiotic acts. The holding of street raves, the non-use of face masks or the misuse of face masks, worn on the chin like some kind of fashion accessory, the breaching of quarantine. "Ah well I heard of this young couple who spent a week in their new house making love three times a day, she had Covid, he didn't and he never caught it". "My neighbours got it and said it was no big deal". "They say you can't catch it if you eat kale". "They say alcohol gel kills it so I am drinking loads of wine and whisky". "Someone in the hairdresser said she heard someone else say that kids can't catch it so I'm sending mine back to school. Can't work with them around the house screaming up the walls".

True, many people have Covid but do not experience any symptoms. Many others who have Covid experience mild symptoms. But others experience very nasty and uncomfortable symptons, some of these are hospitalized and 3.5% of those who get Covid die from it. Among the over-70s, 20 per cent die from it. And among those who survive, many experience horrific symptoms such as badly damaged lungs, and other lifelong conditions.

So if people want to play Russian roulette, they should remember that the cylinder of the pistol holds one bullet. For the unlucky one...

Conclusion: What to do?

Firstly, have a globalized and uniform data collection and presentation system and if we cannot do that in 2020, then humanity is not worth squat. This is vital for economic flows and for a proper understanding of the situation. Secondly, if people cannot follow simple instructions and stay at home when told to, then they need to learn the hard way. 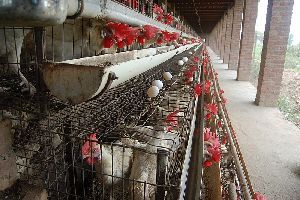 Thirdly, a global ban on wildlife trade and destruction of habitats. Fourthly, a meat tax on factory farms to reduce the consumption of meat and to favour a more humane means of producing it and this includes battery farms, subsidies for those growing green products and those companies working in the vegetarian/vegan line (whose products are often more expensive than industrialized ones) and a push for a much more varied diet (such as the flexitarian one) at the highest levels. This, coupled with new conditions for the raising of animals for meat consumption. Fifthly, a new scientific approach looking for a polyvalent medication protocol which can be adapted to future pandemics.

In short, a holistic approach which involves us all - the common citizen, the healthcare professionals, the economic sector and us, the media, who one would expect to report the events with responsibility.

If not, which is more probable, then humankind faces a very dire future, with outbreaks flaring up here and there, rather than a massive "second wave", but clusters of cases shutting down parts of cities or entire cities or regions or countries for the foreseeable future, in a world where our policies dictate a constant flow of these events at an ever-faster rate. Imagine a global pandemic with a 34% mortality rate after a solar flare wipes out the Internet. Food for thought?

Prediction: People will read this piece, nod and say yeah the guy's making some good points. Hmmmmm. Hey do we have enough beer in the fridge for tonight's game?

Prior to the COVID-19 pandemic, I believed that the end would come from an incurable, airborne virus most likely created in, and escaping from, a laboratory.