Russian President Vladimir Putin and German Chancellor Angela Merkel discussed the crisis in Belarus in a conversation over the phone. As reported on the Kremlin website, the conversation took place at the initiative of the German side.

The Russian side stressed out that any attempts to interfere into internal affairs of the republic are unacceptable as they lead to further escalation of the crisis.

According to German Chancellor Angela Merkel, the Belarusian authorities should stop using force against protesters, release political prisoners and start a dialogue with the opposition in order to find a way out of the crisis.

Alexander Lukashenko said during a recent meeting with workers of the Minsk Wheel Tractor Factory (MZKT) that Angela Merkel called him on Sunday and wanted to "talk", but he "is not ready to talk to everyone now." However, a German government spokesman denied this information and said that such a conversation between Merkel and Lukashenko had not taken place since the time of the election.

Shortly before the elections in Belarus, foreign ministers of Germany, France and Poland Heiko Maas, Jean-Yves Le Drian and Jacek Czaputovich released a joint statement, in which they expressed concerns about the development of the situation in Belarus and called on the local authorities to ensure fair presidential elections are held.

High Representative for Foreign Affairs and Security Policy of the EU, Josep Borrell, stated that  restricting freedom of speech and arresting protesters and activists on the eve of the presidential elections was unacceptable. He called for the immediate release of all politically motivated activists, human rights defenders, bloggers and journalists, stressing that the country's sovereignty and independence can only be strengthened through peaceful, free and fair elections.

The EU also urged Minsk to ensure that the rights of all presidential candidates are respected and no force against protesters is used.

At around the same time, presidential candidate Svetlana Tikhanovskaya turned to German Chancellor Angela Merkel with a request to contact sitting President of Belarus Alexander Lukashenko to demand he holds fair election in Belarus. She said that after running for president, she started receiving threats about her two children.

"Lukashenko has made Belarus a country, in which people have to decide whether they should buy  a loaf of bread, a packet of milk or a medicine today. Our people are poor and our economy is weak. People live from paycheck to paycheck. Belarus is a country of fear. The government can always come up with a reason to put you in jail," she said.

On August 15, Alexander Lukashenko said that Russia "at first request" will provide comprehensive assistance to the country in the event of external military threats, in accordance with the agreement concluded within the framework of the Union State and the CSTO. According to him, the agreement was reached personally with Russian President Vladimir Putin, while Lukashenko himself is concerned about the buildup in neighboring Poland and Lithuania, where NATO military exercises are being held. The Kremlin released no official comment in connection with that statement from Lukashenko.

Why do the people of Kyrgyzstan love Russia? Why does the West believe that Kyrgyzstan is an island of democracy in Central Asia? How is the spiral of history going to turn? 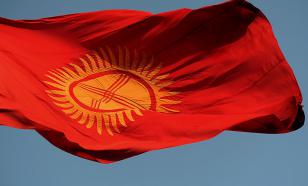